skip to main | skip to sidebar

So, we said goodbye to Reims and were off to Bruges.  We had a long day of driving on Monday and planned to stop by the Westvleteran Abbey to try and get some of their world famous #12.  Being the beer connoisseur that he is, John had done some reading on trappist breweries before and the word among the beer publications was that this beer was the best in the world.  Just a little background info- unlike most beers, trappist beers are not brewed for profit, they are simply a way to keep the monasteries going.  There are only a few trappist monasteries that brew beer and all but 1 happen to be in Belgium.  Since this was supposed to be the best beer, we wanted to make sure and try some while we were there.  This particular beer is only available at the abbey, and they only sell it a few days a week- first come, first serve.  A few weeks prior, we tried to reserve some which you can do when they put it on sale- they open the phone lines for 2 hours a few days a week and if you can get through, you can reserve it.  John woke up at 4 am to start calling and could not get through.  We found out later that they get 400 calls a minute when they put #12 on sale so we really had no chance. The drive was pretty easy and we found the abbey which had a small restaurant and visitor's center.  We were fortunate because they still had some of the #12 when we arrived so we were able to taste some in the restaurant and get a 6 pack each (that was the limit- One 6 pack/person).  Here is John with what he agrees to be the best beer in the world. 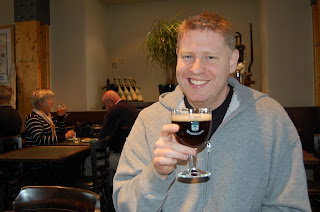 Unfortunately the whole monastery was under construction, so I could not get any other pictures of the place. The next stop was to the town of Ypres where we were going to see the In Flanders Fields Museum about WW1.  This museum was very powerful and humbling to experience.  The collection of memorabilia that they have is very impressive!

The museum is the large building on the right... it was pouring rain so I did not get many pics here. 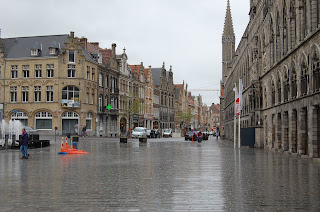 Onto Bruges! We arrived in the late afternoon, turned in our rental car, and found our fabulous Bed and Breakfast, B&B Setola.  This was another Rick Steve's recommendation and the place was perfect and in a great location just a block from the main square.  Bruges was my favorite city, it was small enough to have a cozy feeling, but there was plenty to see and do.  We really wanted to do a bike tour while we were there, but the weather was so windy and cold that I know I would be miserable.  We decided on a walking tour instead.  Some of the highlights are below.  We also had a great time eating and drinking in Bruges.  There were the best cafes and bars tucked away in alleys off the cobblestone streets.  And of course the canals were so beautiful I felt like I was walking into a picture every time I turned a corner. 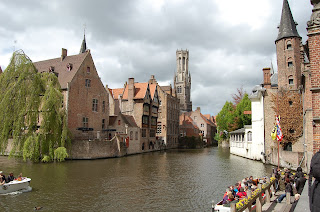 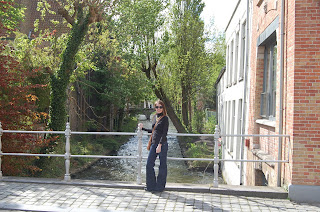 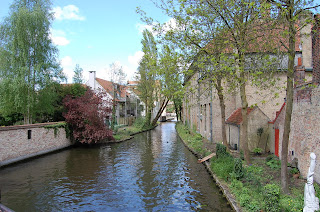 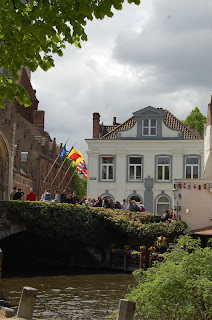 One of the first things we did was climbed the Belfry.  Unfortunately they were doing construction at the top, so part of the view was obstructed, be we still got to see out 2 sides. 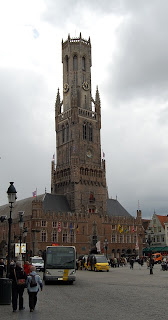 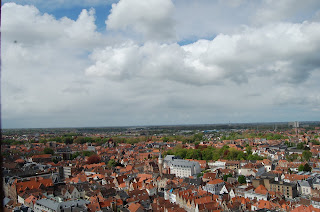 The Market Square- opposite the Belfry 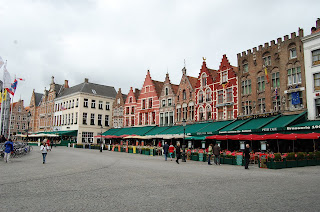 After that, while we were in Bruges, we...

Sampled Belgian waffles.  In Belgium, they are not traditionally served at breakfast like in the US.  Mostly you will find them for desserts or an afternoon treat.  They have a variety of toppings, but we just tried the powdered sugar one. 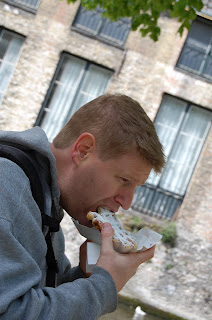 Found our favorite pub/cafe- DeGarre.  John liked the beer too, but at this point our bag was already full :( 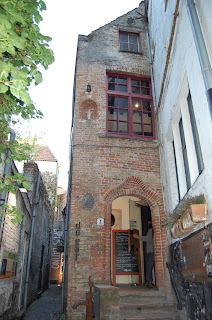 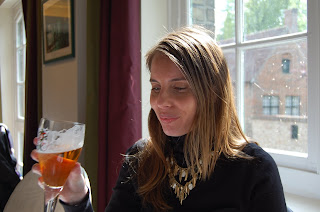 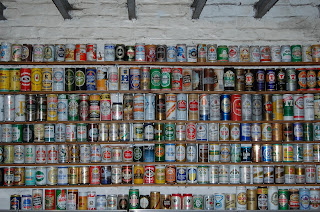 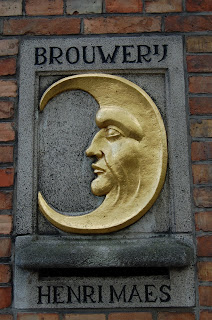 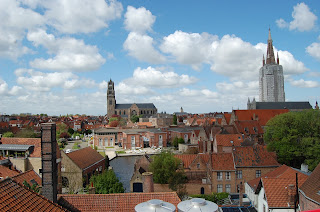 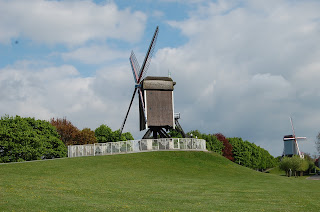 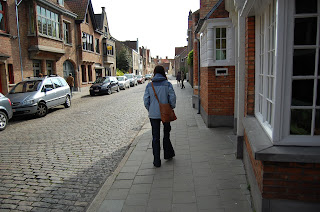 Ate at a wonderful restaurant that has been continuously open since 1515. 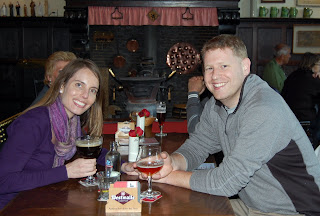 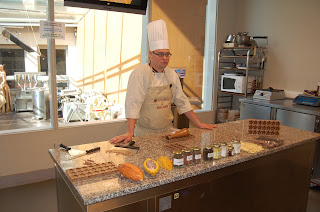 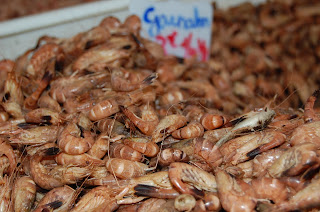 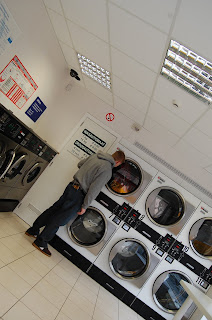 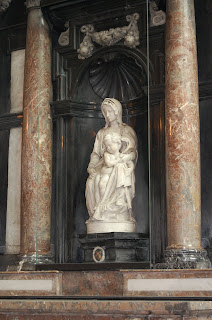 Enjoyed the Gothic architecture- below is the City Hall 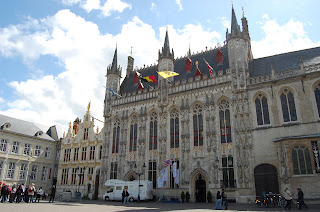 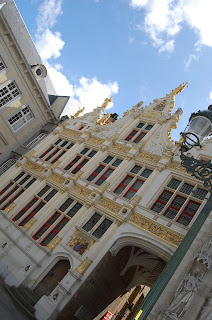 And walked through the Bruges Begijnhof 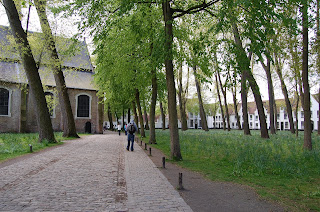 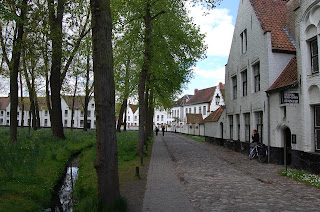 Jen
life is good! living in Charlotte, NC (although a CO girl at heart), love spending time with friends, love my family and love our dog.